Today was Santa pictures to benefit Barley's mothership, the Ashtabula County APL.  For $5, you get a picture and the money goes to the APL.  The pictures are taken at a vet's office close to our house, so I thought if we got ready to go a little early and walked down there a few minutes before pictures started then there wouldn't be too many dogs.

I was wrong.  There were many, many dogs inside the vet's office when we first got there.  I was nervous because people don't always keep their dogs under control.  A lot of times, they just let their dogs walk up to Barley and sniff her, which never ever goes well.

I came prepared with a pocketful of treats and had Barley sit beside me.  Any time she started to look at anything, I told her to watch and fed her a treat.  We were in a good place in line.  Ahead of us were two American Eskimos, whose mothers had to carry them into the building because they were afraid to go into the vet.  Behind us was a MinPin in a red dress, and when its mother saw me keeping Barley focused said, "Oh, is she in training? She's doing great!" and held her dog.  Only one dog sniffed Barley and she looked to me for a treat instead.

It was a big test for her, and she did great!  I think the effort wore her out, though.  She's been napping ever since.

Our picture isn't the best picture ever--the photographer didn't really give us any instructions to move or look at a certain time, so we're missing half of Santa and my awesome "Do You Herd What I Herd?" shirt isn't very visible and I was in mid-laugh at Barley, but whatever :)  The biggest success was that Barley didn't eat anyone. 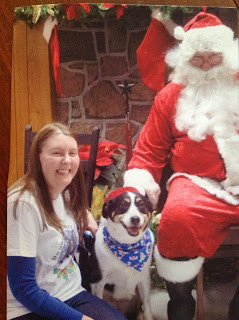 I think she might have even been good enough for Santa Paws to have forgotten that she tried to eat her aunt Lindsey's Christmas present yesterday. 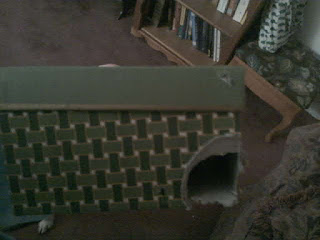 Now Soth just needs to find a way to make up for the snowman ornament he plucked off the tree and tried to kill and Santa Paws might be able to make an appearance soon. 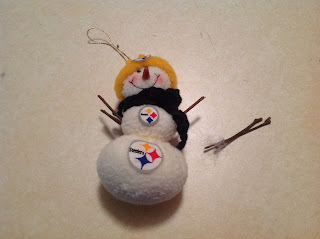