The last few weeks have been a little crazy. I've taken on some new responsibilities at work and have been trying to squeeze in as much time with my parents as possible with my parents (who officially moved south today). So, there have been a few days where I've only seen my Barley girl for 2 or 3 waking hours between running back and forth to work, meeting my parents in various places, and having a bit of a social life.  We barely met our September walking goal (we got it by .02 miles).

Despite our limited time together, the pup and I have had the most fun together the past few days.

On Tuesday, I got to see the wonderful sight of my pup having fun in agility class.  I don't remember the last time she had fun in class.  When we first started training, she loved going to school. She'd run through every trick she knew, trying to figure out what I wanted from her. She was constantly praised for loving to learn (what can I say? She takes after her mama!).

Lately, our classes have been anxiety-filled. As more small dogs entered our intro class and the dogs we had been with for multiple sessions moved up to new classes, Barley got more and more uncomfortable. We spent more time working on focus and calming exercises than working on agility. Barley was constantly on edge.

This week, she had fun. Our new trainer set up all kinds of games (all of which involved chasing treats--past weave poles, past jumps, so she adored the games) to practice 2x2 weave practice and getting distance in our send outs over jumps. Barley loved every second of it. Her tail wagged, her ears were in their happy position--sort of up, but still a little floppy--and she was 100% focused on me. We were even praised for our recall techniques!

Class started a little bit scary. Our lab friend, Annie, snuck out of her down-stay while her mom was setting up equipment and came over to say hi to Bar while we were helping hold to A-Frame still while it was raised to full height.  Bar like Annie, so we had no issues, but then Annie went to say hi to the golden retriever in class.  They started to play (which was adorable) and chased each other through the tunnel--and Barley was sitting at the end of the tunnel.  The golden is still relatively new to Barley and she was not pleased when the pup came running out of the tunnel beside her. There was some barking and some lunging, but the pup was smart enough to stay away from Barley and we got back under control in no time.

Usually, when something like that happens, Barley holds a grudge against the other dog for eternity.  (That's how she ended up flying over the dividing gate to chase down the small dog in our old class.) Tuesday, she got back under control and never worried about the golden again. We were behind her in line for all the activities and Barley never batted an eyelash. She had no interest in going to teach the golden a lesson about personal space or even looking at the golden the rest of class.  I was so proud of her and our trainer praised her when we were walking out at the end of class.

Then yesterday, we woke up early to get to the Arboretum.  Today and tomorrow are the Goblins in the Garden Halloween event, but since we try to limit our exposure to other dogs and children, we can never go to the actual event.  Luckily, they set up scarecrow row and the rest of the fun early.  So, we went early, early Friday to take some fun fall pictures and see the scarecrows.  I'll let the pictures speak for themselves. My sweet girl was exceptionally good at tolerating my endless photo shoot :) 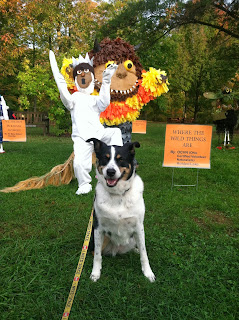 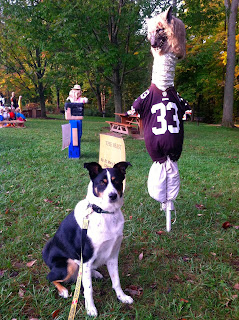 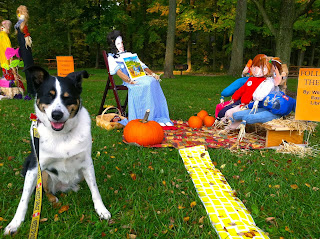 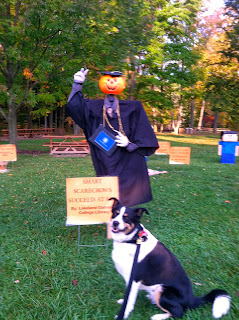 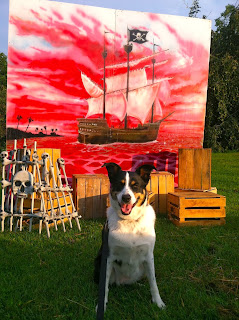 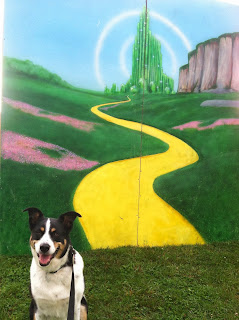 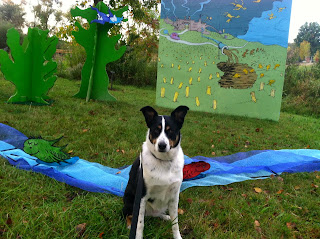 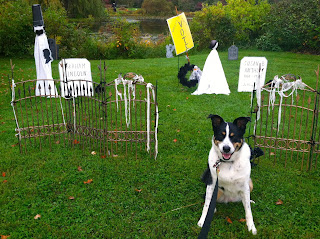 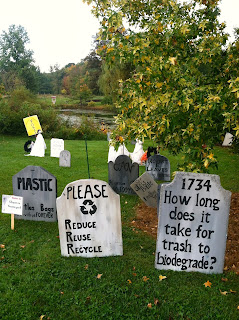 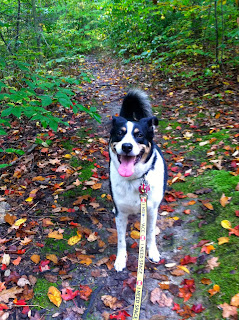 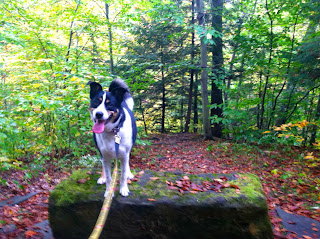 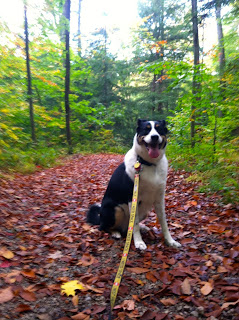 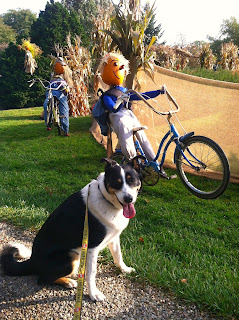 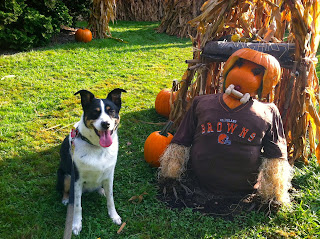 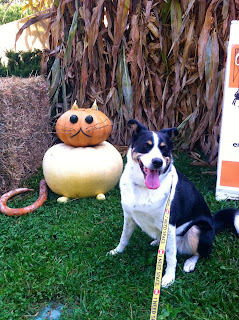 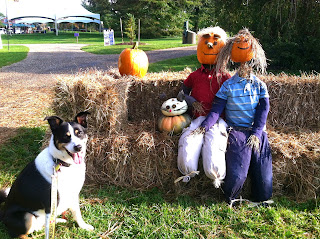 Then we had a beautiful walk at the State Park this morning. 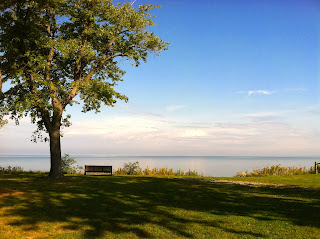 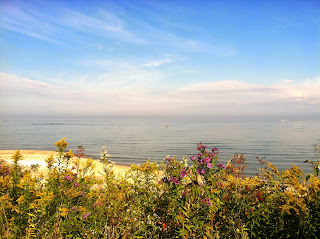 Overall, despite not seeing much of each other the past two weeks, we've made the most of the time we have had!  Hope everyone else is having as much fun as we have been having!
Posted by Beth at 9:39 PM