Every time I have a lazy day, I get the "Lazy-Hazy-Crazy Days of Summer" song that they play during one of the many Gilmore Girls town festival scenes. You know, this one:
Today, I got an impromptu lazy day! Mondays already get to start out a little bit lazy this semester because I'm not teaching morning classes every day. So, I've made a vow that as long as there's snow on the ground, I will not be setting an alarm for any earlier than 8:30 a.m. on Monday mornings. This morning, my phone rang at 8:04 and I was prepared to have to hold back snarling at someone in my family for calling before my alarm. Instead, it was a recording saying classes were canceled for today.

With the bitter cold and wind, I am not complaining!

A few hours later, I got another call that tomorrow's classes are canceled, too. Somebody up there loves me! Especially since Weather.com said it was going to be -4 with a feels like temperature of -23 degrees!!! when my alarm would be going off tomorrow morning.

Since my first set of papers weren't scheduled to come in until later this week and I'd already planned today and tomorrow, I only felt a little bit guilty about putting on my fleece snowflake pajama pants after my shower and curling up with Barley and a book for the afternoon.

Barley's been getting into her fair share of mischief as cabin fever takes hold, though, and I'm not sure we're going to survive this winter.

She has been into EVERYTHING. Soth's food. Soth's treats. The litter box. My school bag. The popover pan I had on the counter waiting to be washed. EVERYTHING.

I've been trying to work out her brain since her body isn't getting much of a work out this month, but I guess it hasn't been enough. She's going nuts, and I'm going nuts.

Saturday was warm enough we could get outside in the backyard for a few minutes of playtime. 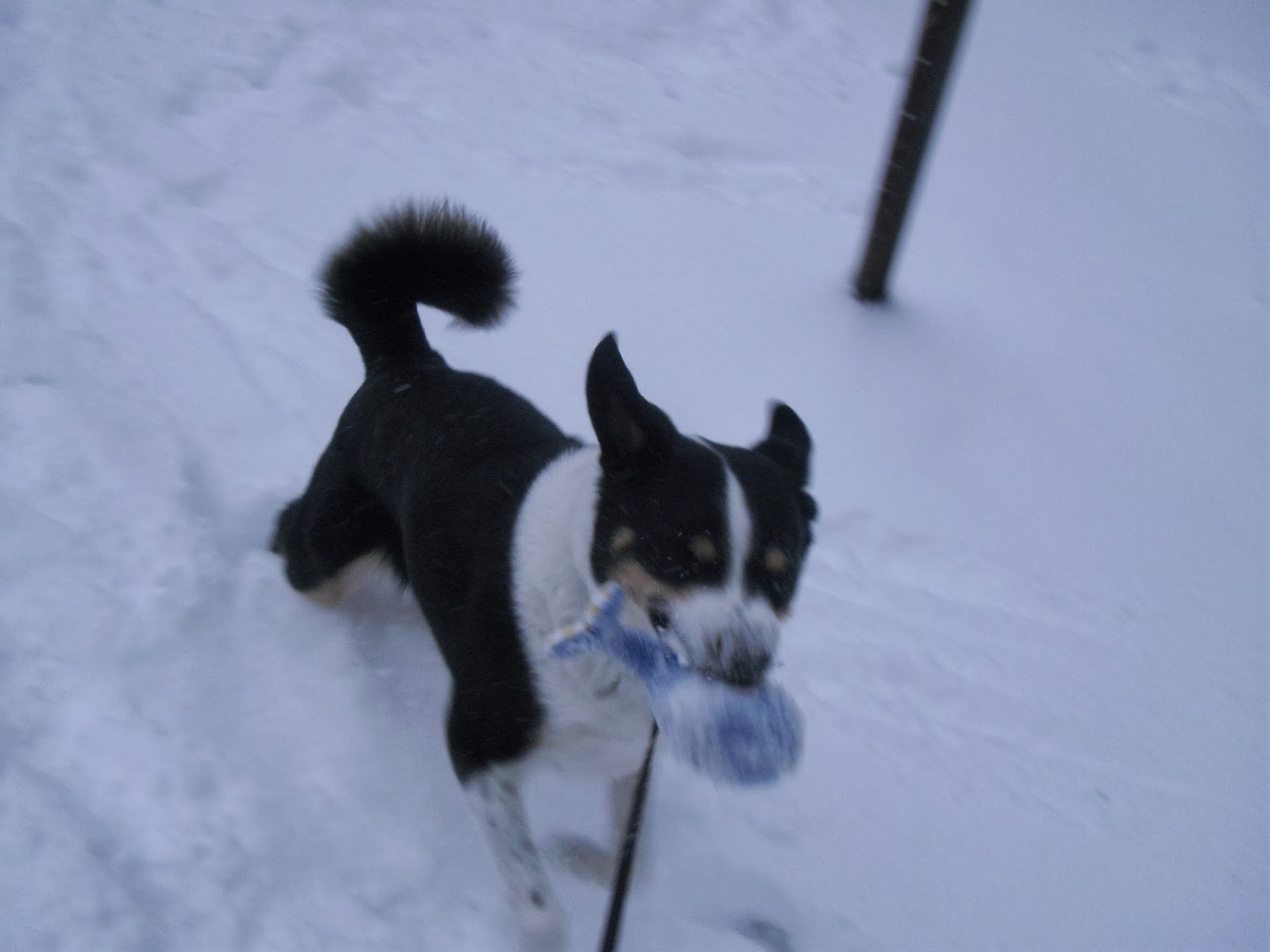 We got in short walks yesterday and a couple decent walks on Saturday, but we've been playing inside a lot, too. Every time we've come in from a short walk, I've emptied our treats into the treat ball, which luckily is still wearing her out for short periods of time.


We will be very thankful when we get to agility class tomorrow night--hopefully since I can be home with her all day, I can wear her brain out enough that she can focus and we can burn off energy and actually work on some agility skills!

Soth's been up to some mischief of his own. He's been seeking out the snuggliest napping places around the house.
This morning, he figured out he could push the couch cushions away from the back of the couch and burrow down a little deeper than usual. 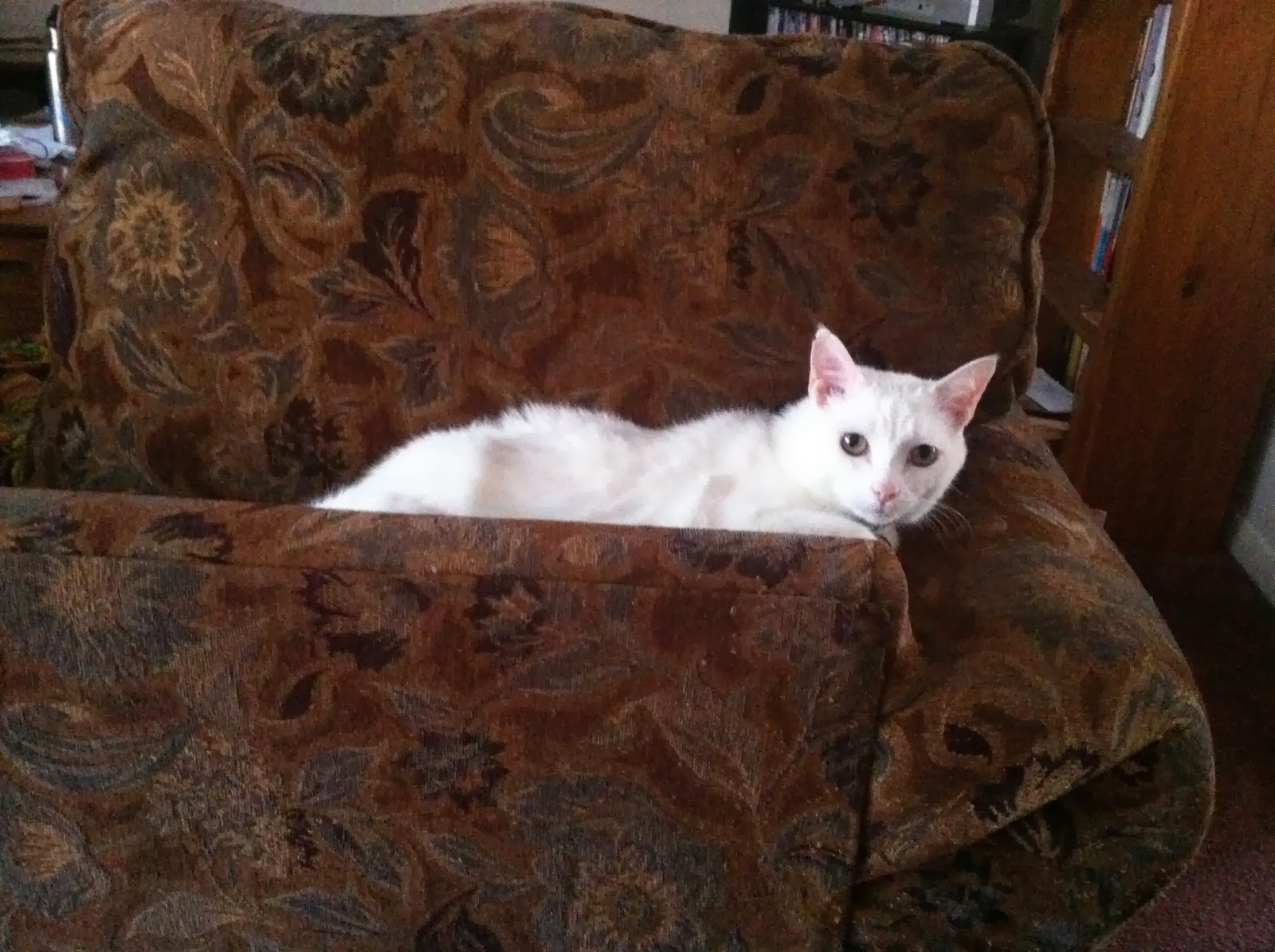 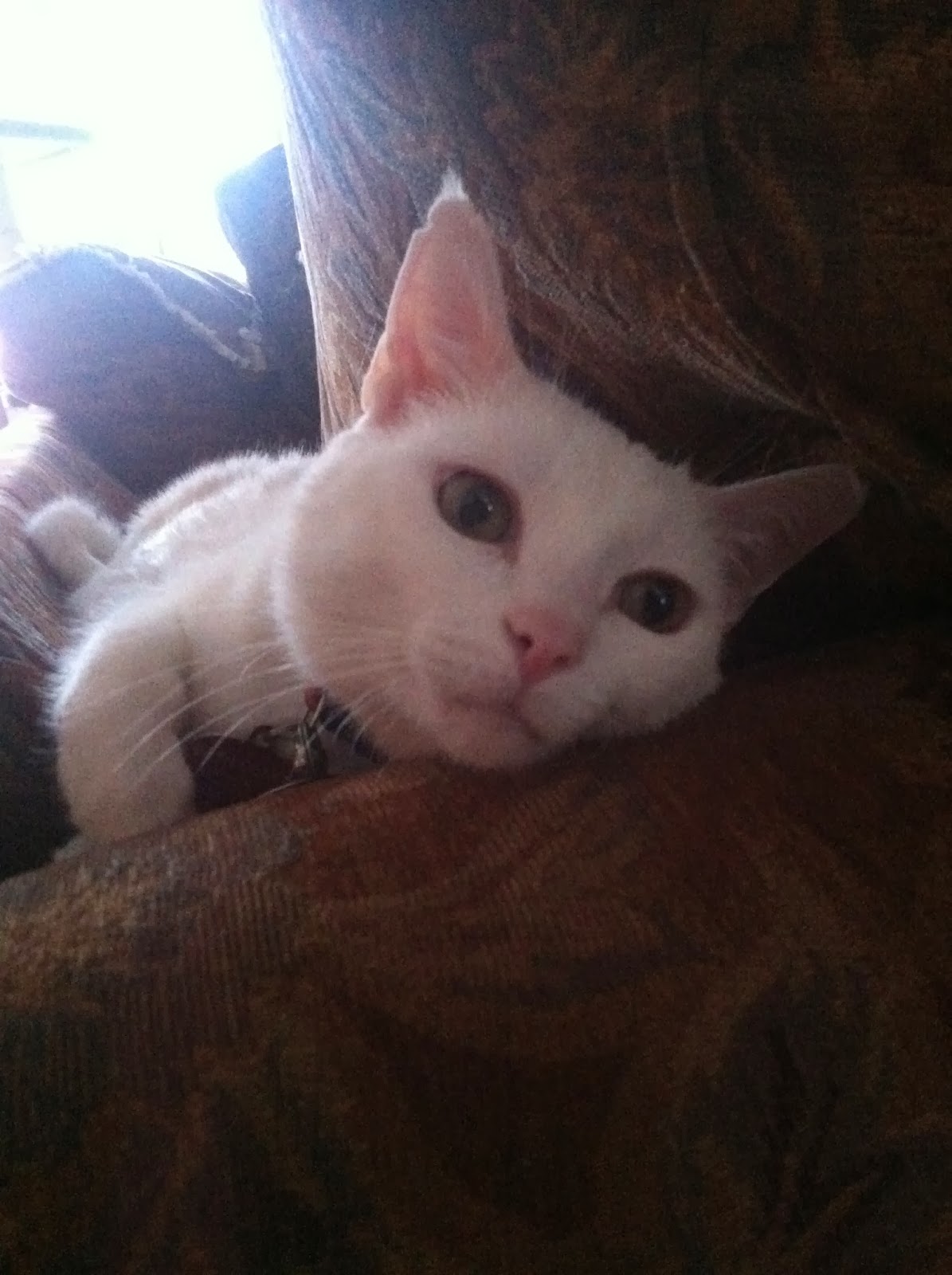 Then he stole some hot dogs from us while Barley and I were doing a little bit of practice with her jump. I guess they're even on the treat-stealing now. I couldn't let the pets be the only ones who got up to cabin fever-inspired mischief, so I got into a little of my own yesterday.  I booked a cabin in western Massachusetts for Barley and I to take a hiking trip and for me to visit the home of Emily Dickinson (and maybe if I'm feeling like spending a little extra time in the car, Louisa May Alcott). If we can survive the winter, Barley and I will trek off for 4 nights in a darling, pet-friendly cabin in the country! I figured I should have something to look forward to on the days that the cold weather starts to get me down, so summer vacation is officially on the calendar!