Back when I was in high school, I saw the movie The League of Extraordinary Gentleman and decided I should read the books that the characters in the movie came from. I went to a used book store and bought copies of most of them. Then they went on the bookshelf and I forgot about them.

The Picture of Dorian Gray is a book that's always interested me, so while most of the books are still on a shelf at my parents' house, Dorian has traveled around the country with me just waiting to be read.

I'd tried the book before. I've always loved the preface, especially the ideas on books: "There is no such thing as a moral or an immoral book. Books are well written, or badly written. That is all."

I'll be honest. Books like this are why I quit reading all throughout high school. I love the idea of the story--and I can't say it's not well written--but this book ensured that I met my sleep goals for the week! I made it through about 4 pages at a time before I began to feel narcoleptic. It took about 100 pages before I really go into the story. Then I was totally engaged for about 10 pages.

So here's what I loved about the book. It touched on topics that still ring true today. Dorian hates when his portrait begins to reveal his inner demons and hides the painting away only looking in on it occasionally. People today still get panicky when a book or a movie or a song makes them realize the uglier sides of themselves--most of us don't like being forced to look at those sides and like Dorian, we hide those things away--but they still have the power to destroy us. I've always loved Wilde's humor.  When I had to take literary theory in grad school, I loved reading Wilde's ideas on art and literature. He had way more spunk than those other old dead guys in the theory textbook. One of my favorite lines in Dorian was "To get back my youth I would do anything in the world, except take exercise, get up early, or be respectable." There's murder, romance, intrigue. The parts of the book where something's actually happening are really interesting and I wanted to know what happened next.

But . . . there were a lot of sections of the book where not much happened. There's a lot of repetition of ideas--so Wilde's kind of hitting you over the head with some of his ideas about art and life. Sometimes, I felt like Wilde was writing just to "hear himself talk." There were many pages that I read and then reread and then reread again--and I still couldn't tell you what I'd just read because the ideas were wordy and I was bored and couldn't focus. If I'd been Wilde's editor, I could have gotten this story down to a really nice, concise short story. There were also lots of a passages where ideas were implied--I get it. Wilde was living in Victorian England. A lot of people were very conservative. A lot of things weren't widely accepted in literature, so he had to just hint at certain activities Dorian participated in--but I just wanted to grab the book, shake it, and yell, "JUST SAY WHAT YOU MEAN ALREADY!"

So, overall, I'm happy to say that I've finally read Dorian Gray, but it didn't live up to the expectations I had for it. If the story was stripped down, I think I'd love it.

I've checked off book #3 out of 12 for the reading challenge. Stay tuned next week when I talk about book #4--a genre I don't read often--where I get back to reading about dogs, but I do it in graphic novel form. 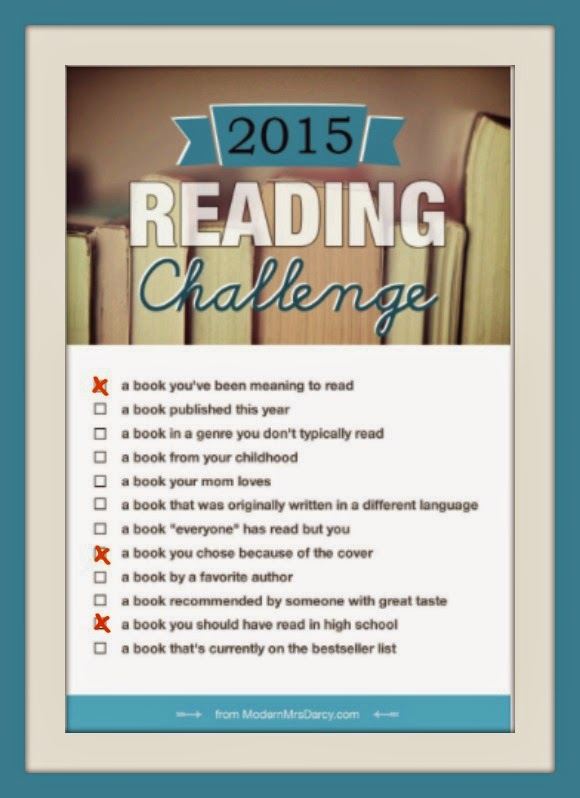