While a lot of people think it's strange that I moved to Ohio after spending most of my life in Georgia, many of my happiest childhood memories were made just over the Ohio-Pennsylvania state line about 45 minutes from where I live now.

My dad grew up in northwester Pennsylvania, so I spent summers visiting my grandma and exploring the woods and creeks around her house. One of my favorite memories, though, was visiting the Pymatuning Spillway where there are so many carp that the ducks walk across them to get bread that visitors throw to them. It's gross. It's magical. It's something that has stayed with me my entire life.

It's been a while since Barley and I have visited a new park, so I decided we should go to Pymatuning. I've been meaning to visit since I moved here, but hadn't gotten around to. When I saw there was a trail along the spillway, I decided Barley and I should take a little road trip. 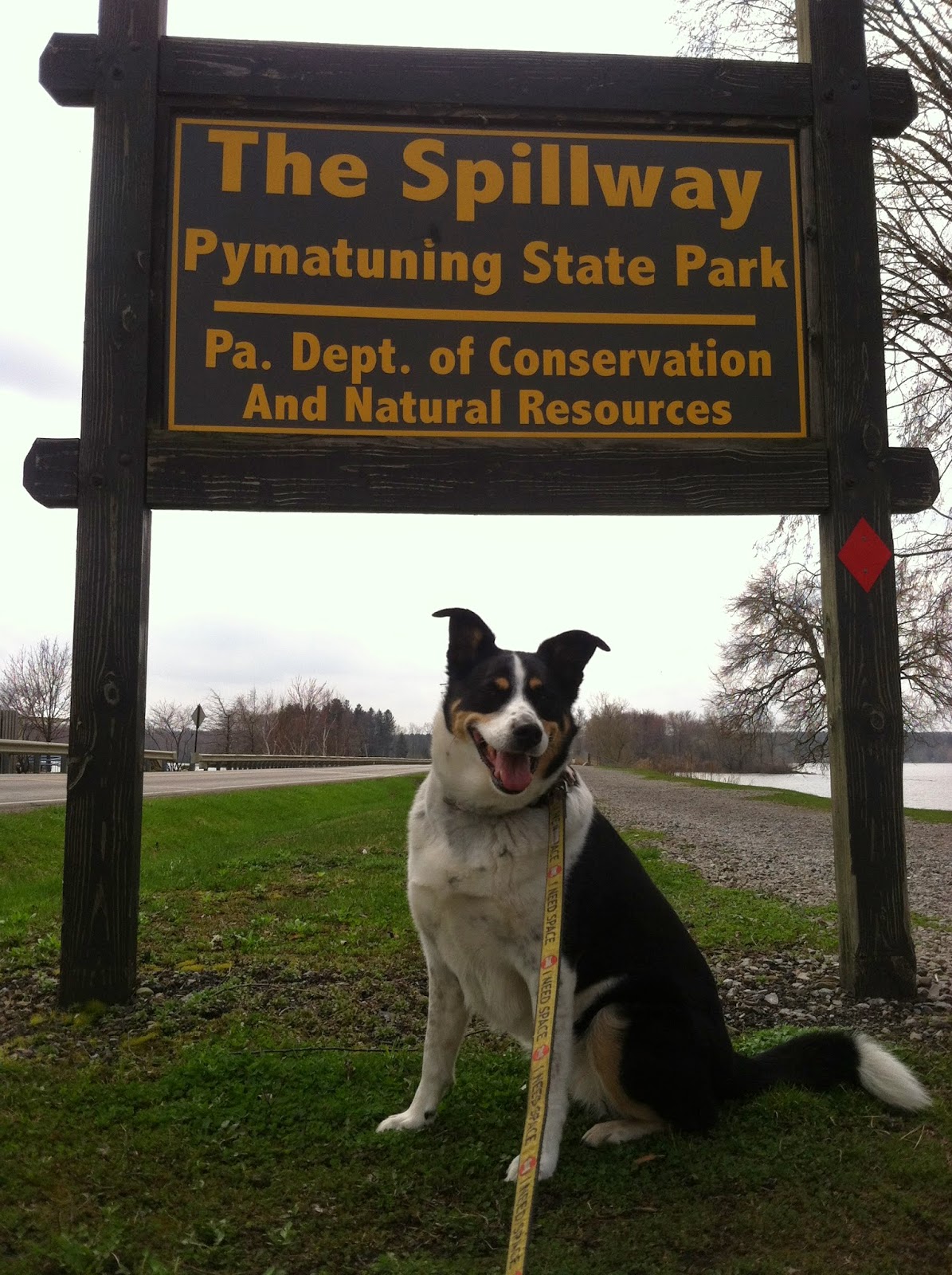 As we approached the spillway, my excitement was through the roof! We'd see several signs for the town with "Where the Ducks Walk on the Fish" written on them.

We got out of the car. There were no fish. No ducks. There were several fishermen who Barley immediately befriended, but Barley and I were the only creatures walking on anything.

My childhood memories were crushed. Every magical memory I have from visiting Pymatuning seems like it was just a dream. In my memory, the spillway was a huge place teeming with fish and ducks fighting for pieces of bread. I even had a wallet with a picture of the ducks walking on the fish.

Maybe it was too early in the year for the fish to be present. Maybe we should have braved the group of unruly children who were squealing at the end of the visitor's center walkway to see if the tiny portion of the spillway we didn't check out had fish and ducks.

Despite the disappointment of missing out on ducks walking on fish, we had a lovely stroll along the reservoir. It was warmish even though the sun refused to come out until after we had almost made it back to the car. 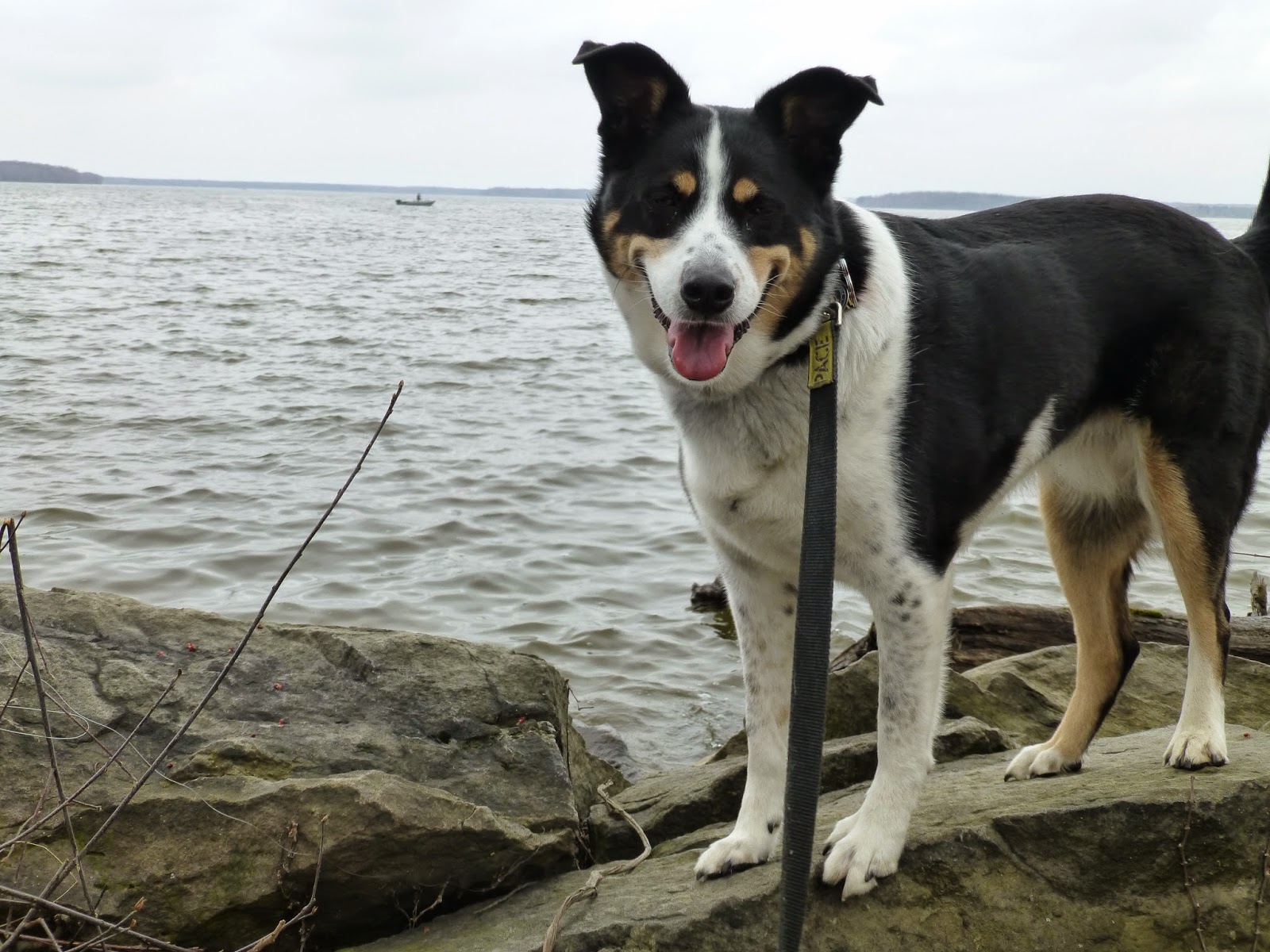 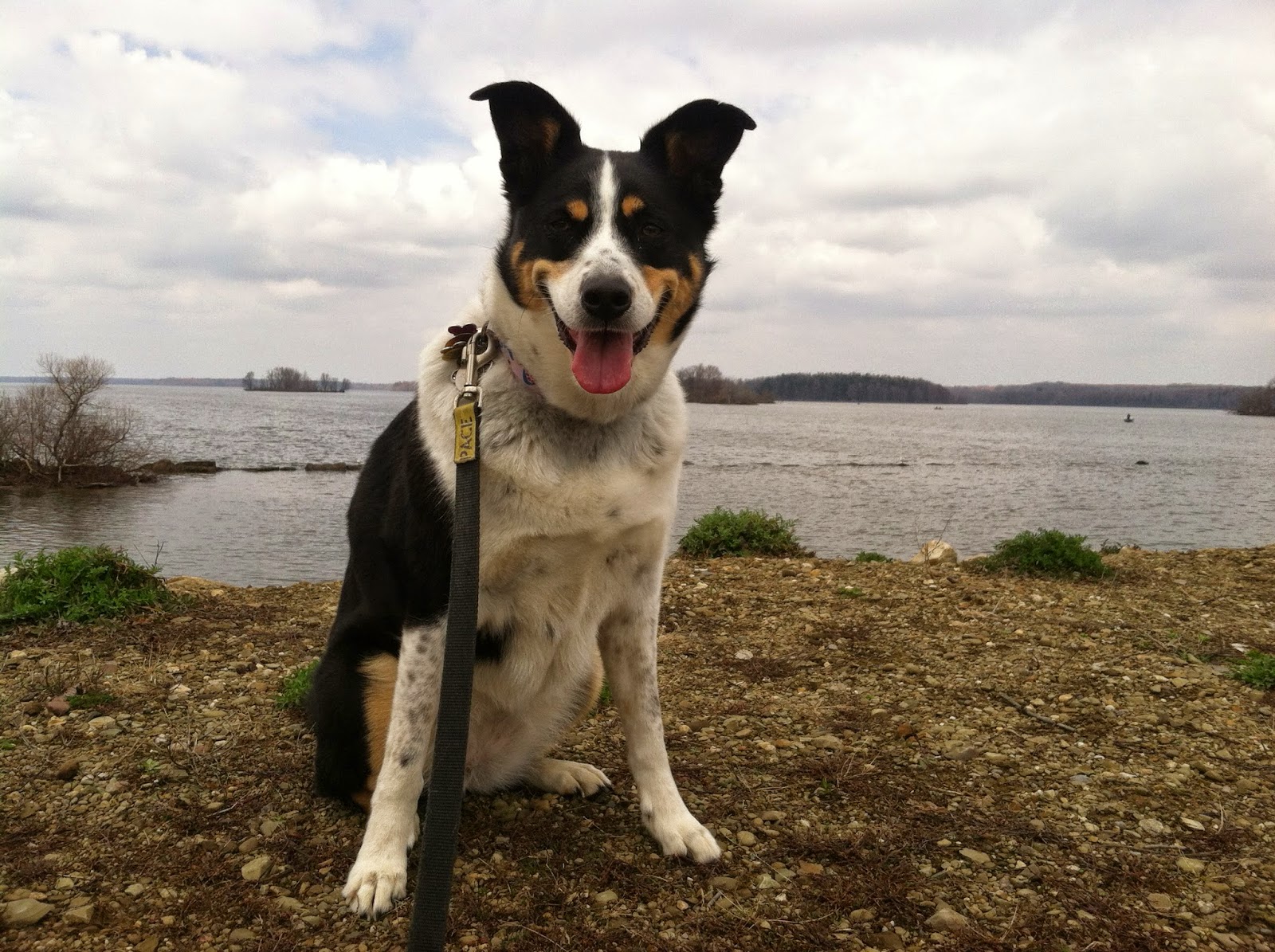 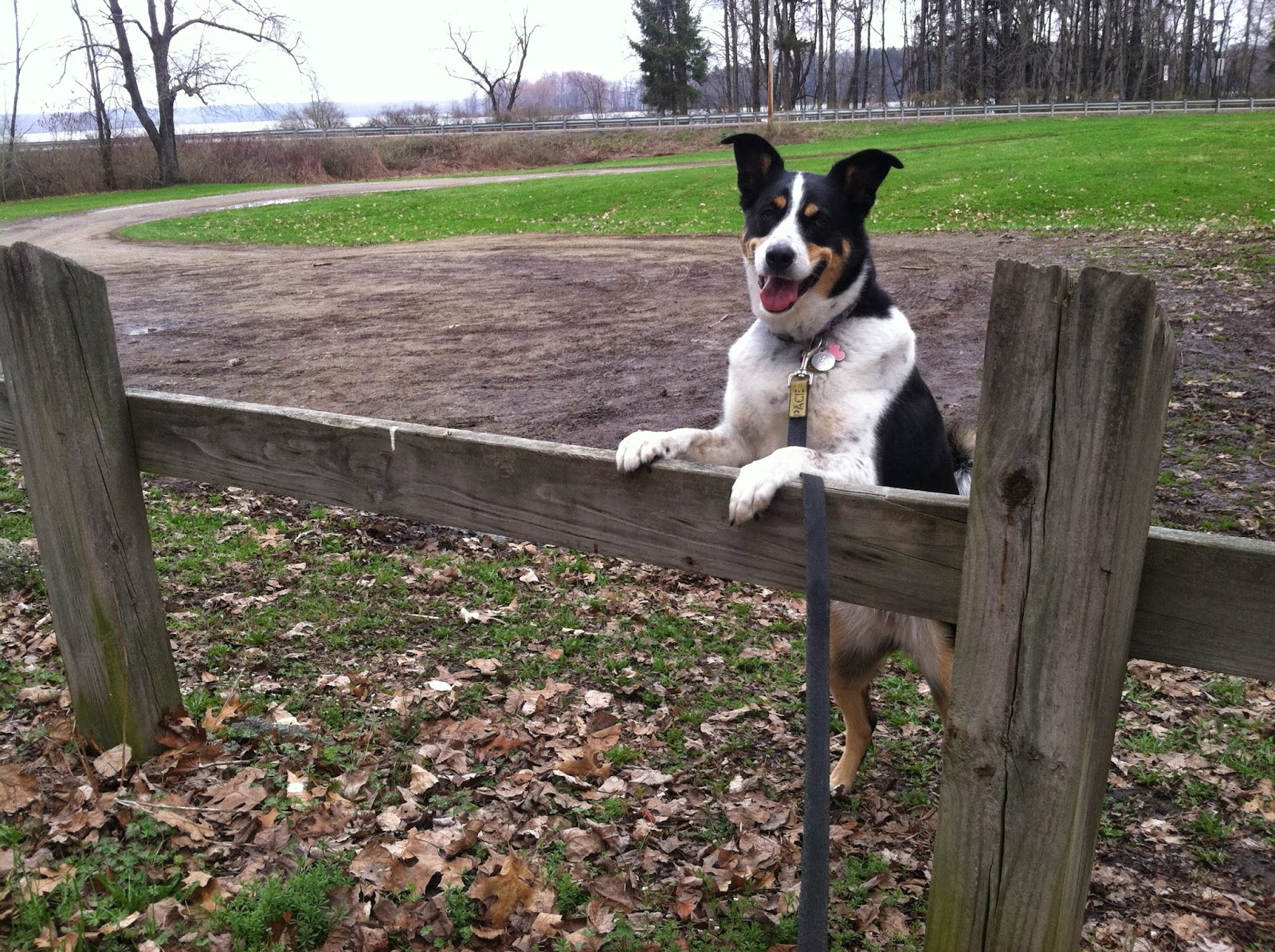 The only waterfowl we saw was a Canada goose that honked at us for the last half mile of our walk. The last time I was at Pymatuning, a Canada goose nipped me--I'm pretty sure this nasty thing was one of it's descendants. 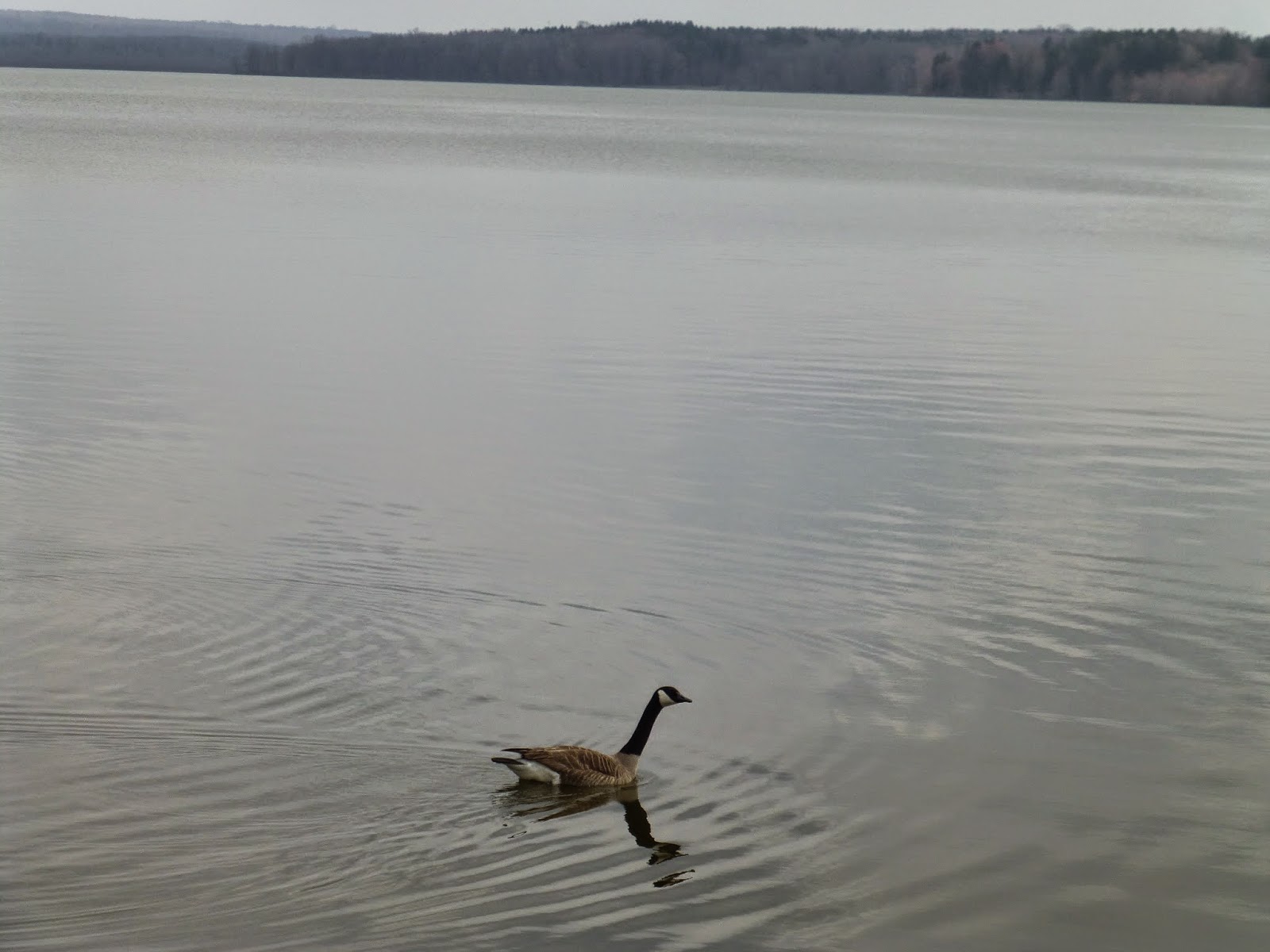 We might try again in a few weeks and see if the magic comes back when the water's had a chance to warm up a little bit.