I can't believe it's already May. Even though the first four months of the year have been busy, it also still feels like early March outside, so it's hard to believe we're a third of the way through the year. But the calendar says that's the case, so it's time for a resolution update. 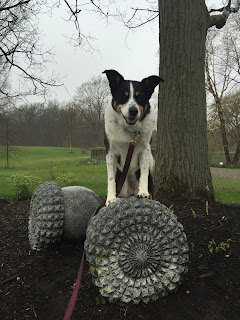 If you've been with us since January, you know that Barley set the goal of 1100 miles together again this year.

Honestly, when April started, I had no clue where we were at with our mileage so far. I knew that we'd had a decent January and February, but with the move and redecorating March mileage suffered. Garmin updated their system so that when I plug in my GPS watch to the computer, it automatically uploads to my account whether I log into the website and look at it or not, so now, usually I plug it in and walk away.

Last week, I finally sat down to get an idea of where we're at and I was pleasantly surprised:

If I'd checked in on our mileage in March, I probably would have pushed a little bit harder, but with the late winter blahs and the never-ending wallpaper removal, I let us get away with several shorter walks.

We ended April with a great (but rainy) walk at the arboretum to celebrate Arbor Day. We didn't get the mileage we wanted in that one walk, but we made up for it with a neighborhood stroll later that evening and we finally got to enjoy some things in bloom. 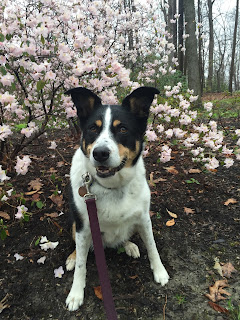 We'll be pushing ourselves a little more than usual until we make up those 20 miles or so we missed in the first 1/3 of the year, but I'm confident we'll have no trouble reaching 50% of our goal by the end of June. Thank you all for your support and good wishes as we strive for year 4 of reaching our resolution mileage!