In addition to visiting breweries on our roadtrip, the girls and I spent plenty of time on trails in Vermont as well.

We'd done a lot of research on different trails before leaving home. I'd bought a book about the best trails for dogs in Vermont--and after reading a description that said, " The summit has a noisy reputation on weekends and holidays due to barking dogs and occasional dog fights," I left the book at home. I figured any book that promoted a trail that was known for dog fights occurring as one of the best trails in the state for dogs was not a book I wanted to trust and I used my own research skills to come up with plans.

When we struck out at Switchback Brewing while waiting for my sister to arrive, the girls and I decided to go visit one of the local parks near the apartment we were staying in. The first park we went to was Mills Riverside Park. We'd researched the park before we left home, so I knew that there was an off-leash dog area in the park and we knew which direction to go to avoid that area and there was still a drizzle and lots of mud, so I hoped we wouldn't have to share the park with many people. 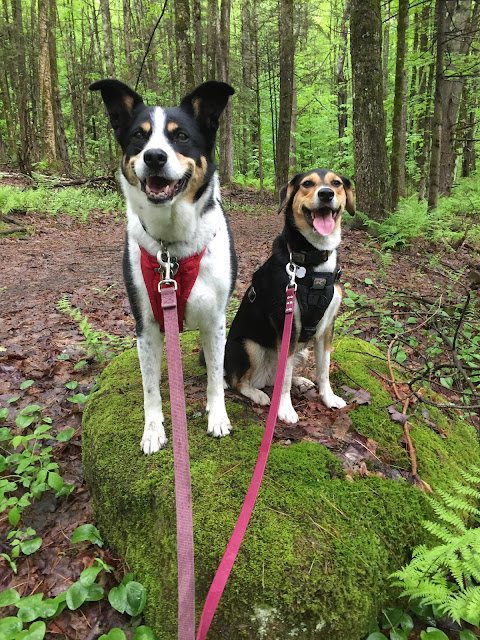 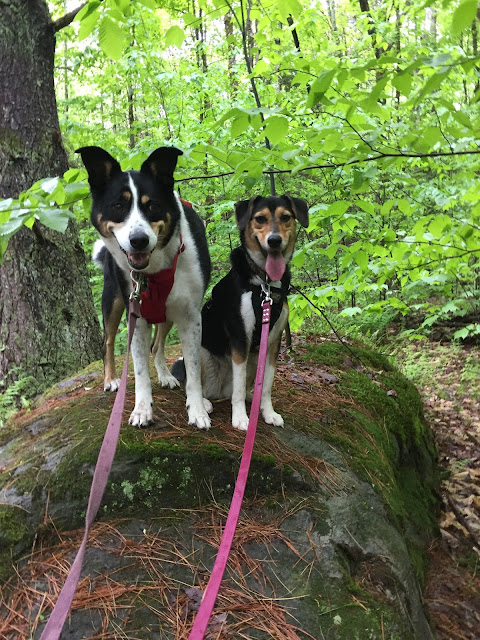 The trails were pretty muddy, so my little swamp thing was thrilled, but Barley and I were less excited about that development. Most of our walk involved walking until we got to a really muddy spot, then turning around, going down a new trail and then repeating. We got in 2.4 miles before the rain picked up a bit more and we headed back to check out our apartment for the weekend.


After cleaning up and relaxing for a while, we tried another park, the Old Red Mill Park. With the rain and clouds, the woods were a little dark and the mud made things a bit slippery, so we just spent a few minutes enjoying the river. 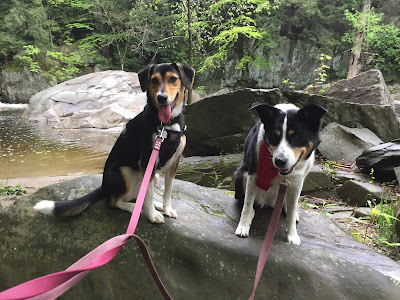 Our favorite park was Shelburne Bay Park. We went to this park almost every day we were there. On Saturday morning, we went for the first time to kill time before picking my sister up from the airport. There were a lot of people and dogs there, so we spent plenty of time pulling off to the side of the trail while they passed us, but there are definitely worse places to sit along the trail. 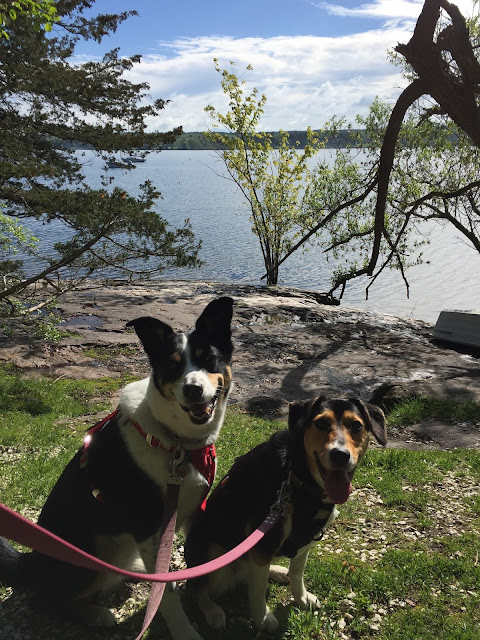 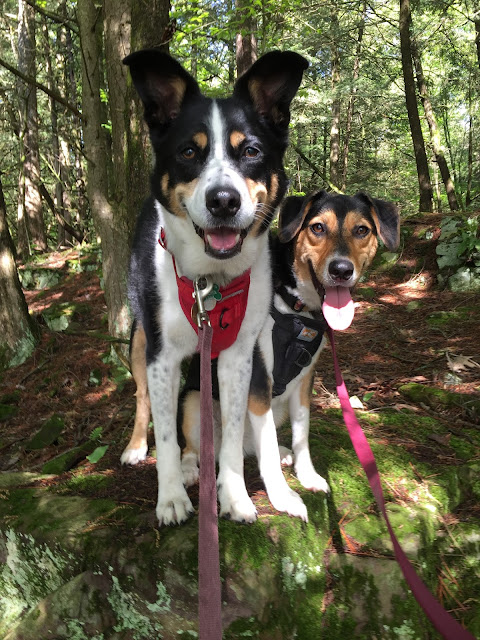 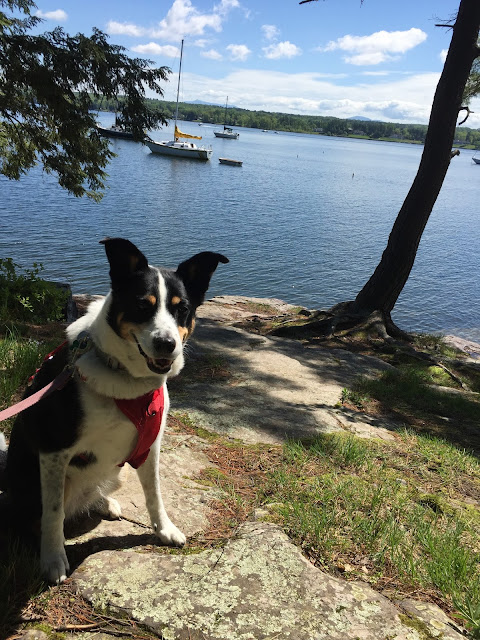 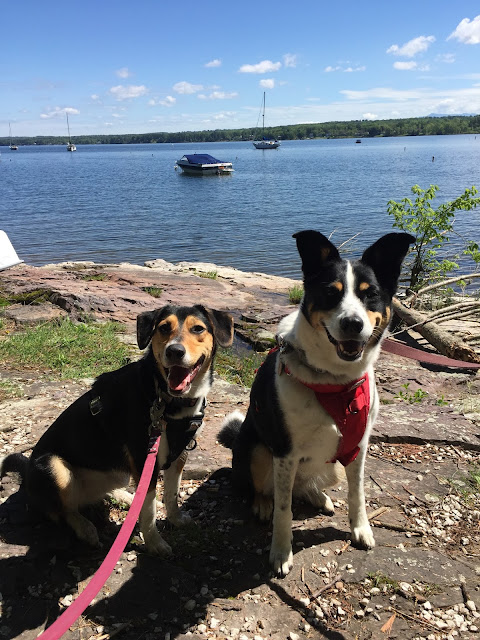 Our favorite walk there was on Sunday morning. My sister had to be at the race shuttle by 5:30, so we got to the park a little before 6:00 and we had the whole park to ourselves. I'm not a morning person, so we're very rarely out that early in the day, but the sun was up and sparkling on the bay. 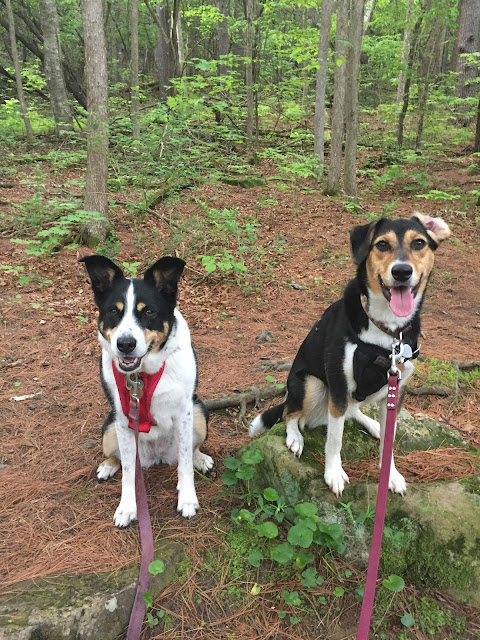 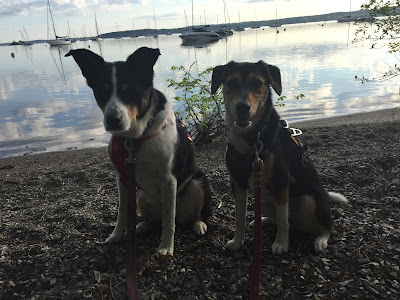 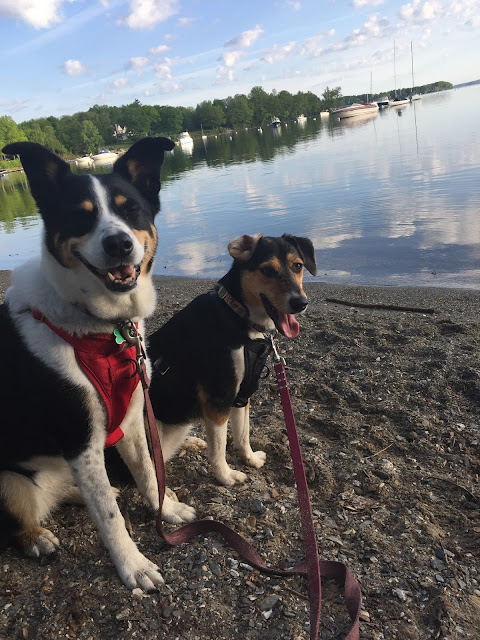 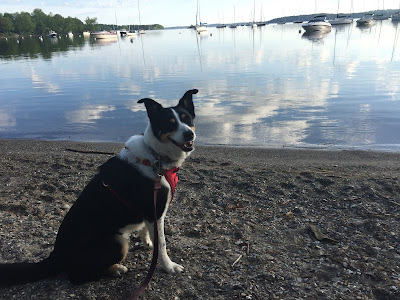 We walked over 4 miles and saw parts of the park we hadn't seen on our previous visit, and the dogs were completely worn out afterwards, so I didn't have to feel guilty when my sister and I left to go tour Ben and Jerry's and finish off our beer passports. 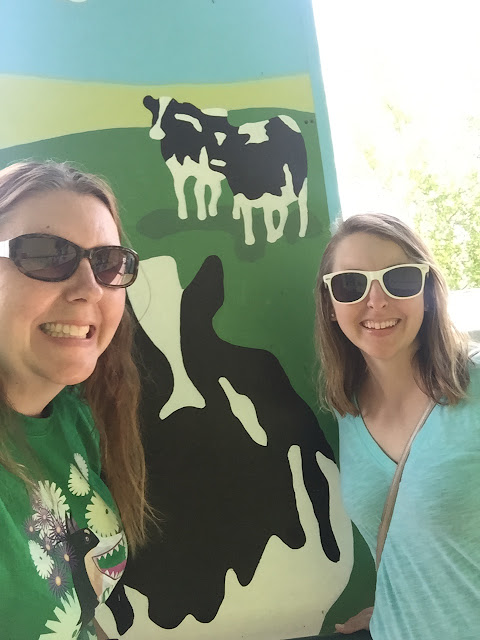 We finished up our weekend get away with one last trip to Shelburne Bay before we took my sister back to the airport and headed home. 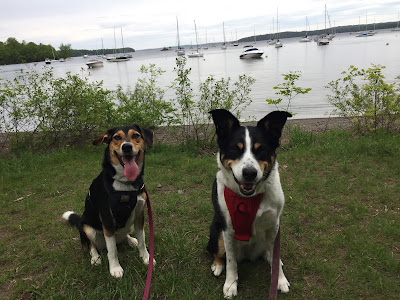 Overall, it was a really good trip and we had a lot of fun. But in the end, there's no place like home and we're all enjoying be back on our familiar trails and with our lake.
Posted by Beth at 11:25 AM