Fall Adventures with Barley and Rye

Last week was a rough week. On Tuesday, Soth's health issues reared their ugly head again and we were at the vet for x-rays, which ended up showing a mass in his bladder and we had to wait for radiologists to review the x-rays to make a better decision on what to do.

That evening while we were walking off the stress, a neighbor's toddler opened their front door and dog that we've had issues before darted out, charged into the street, grabbed Barley by the neck and pinned her to the street. The neighbors and I got the dogs separated with no physical injuries to them or to us.

On Friday, I let the girls out in the backyard while I was getting the rake and leaf bags out of the shed and all of the sudden, they were chasing something--a cat. A cat had somehow gotten in our fence and was hanging out in our yard. The cat ran towards our gate, but since our fence is 6-foot vinyl fencing, it kept sliding back down and landing on top of the dogs. By the time I got over there, Barley had learned the tough lesson that not all kitties are as patient as Soth and came away with a bloody nose. The cat got over the one side we share with neighbors that's a 5-foot wooden fence and then scurried up their tree.

I'd spent the week teaching Emerson and Thoreau in my U.S. Literature class, so as soon as I finished raking the front yard, I put the girls Halloween bandanas on them and we took of for the woods at the Holden Arboretum. 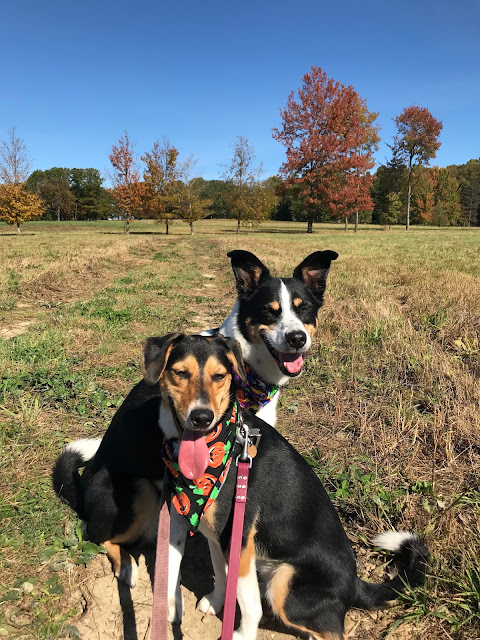 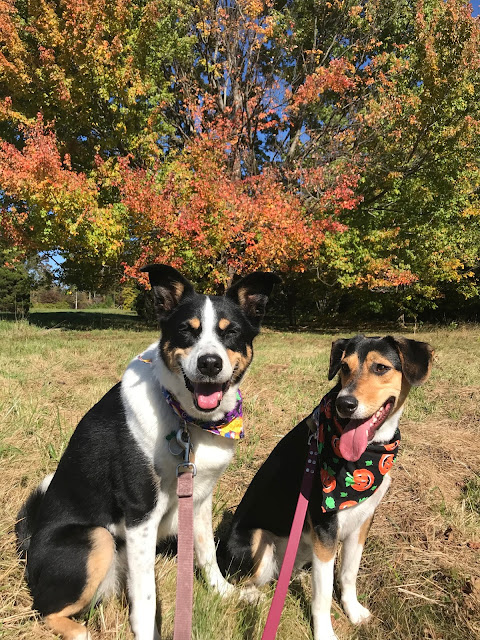 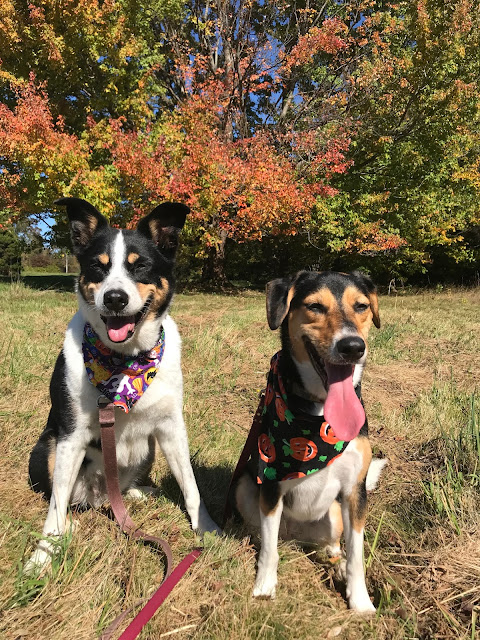 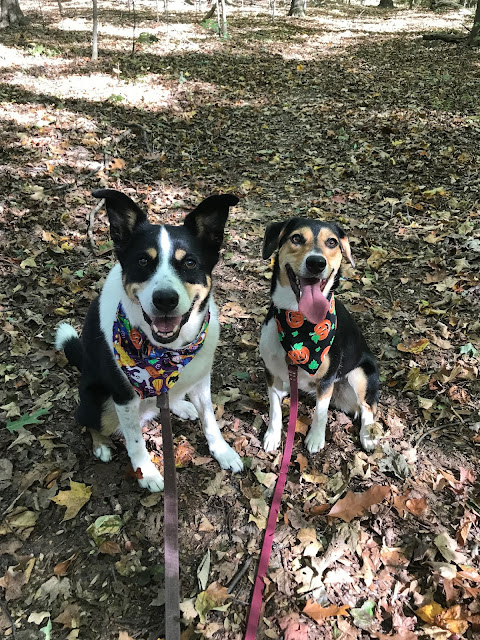 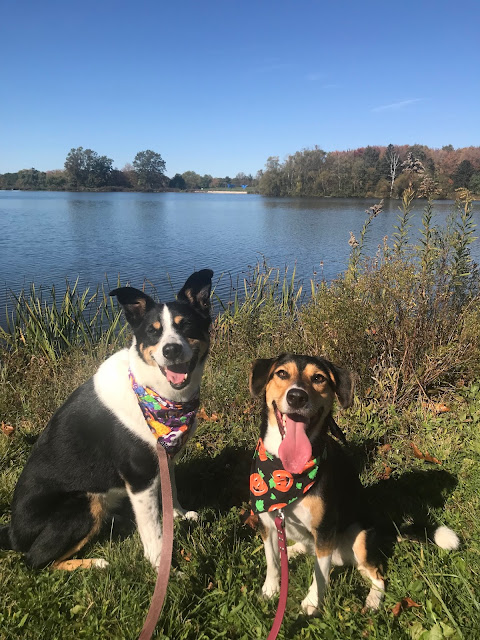 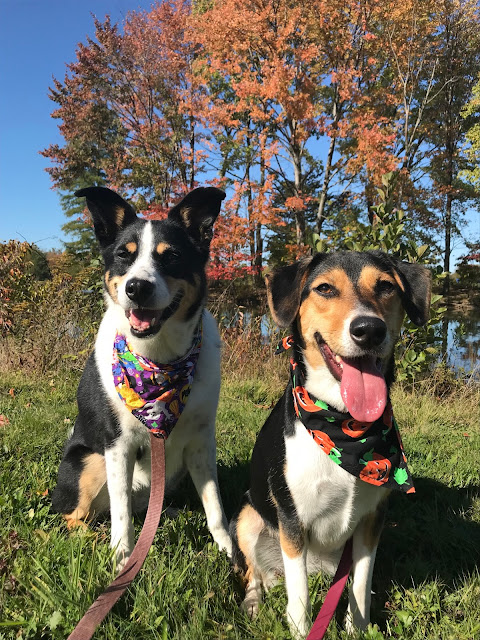 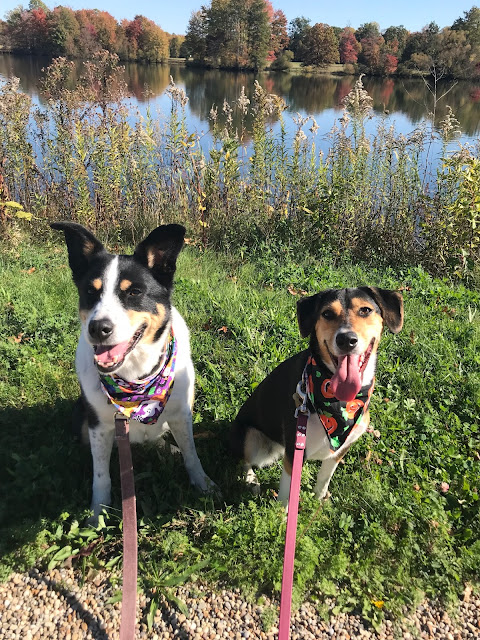 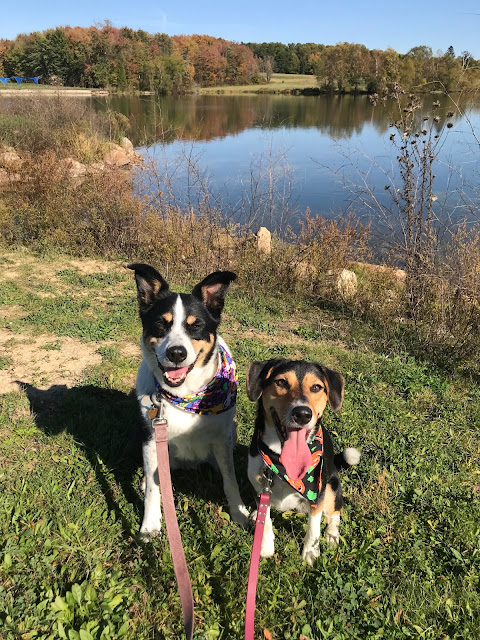 Fall has been exceptionally warm--about 70 degrees and sunny that day--so our leaves haven't become as vibrant as they've been in the past years, but the woods were peaceful and there were still some beautiful colors to enjoy. On the way home, we swung by Starbucks and the girls got to split a puppuccino. 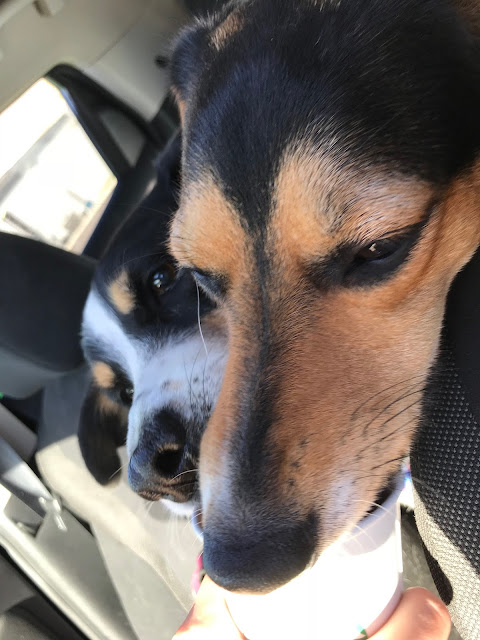 There was a large group of retired people at the park, so I assume the lodge was hosting some sort of event because we usually don't see so many people there after Labor Day. The girls were a huge hit in their bandanas, though. Every few feet we were stopping so they could be pet by someone new. They were complimented on their good behavior as they stopped and sat on the side of the trail any time we had to share a skinny part of the trail with someone coming from the opposite direction. They were complimented on their coats and their smiles. Rye made people laugh as she tried to jump up and stick her nose in the treat pouch. The girls were in Heaven. 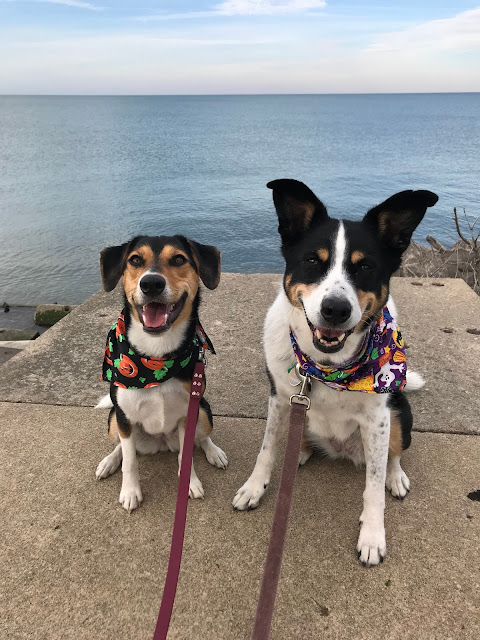 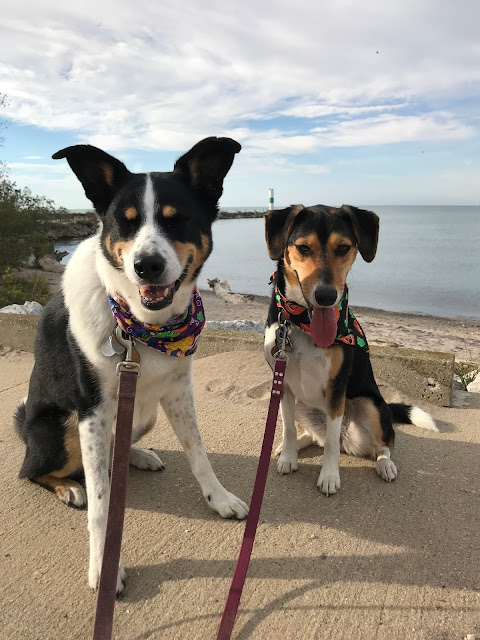 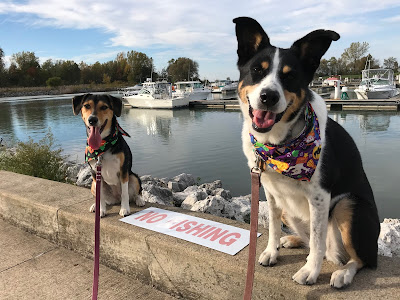 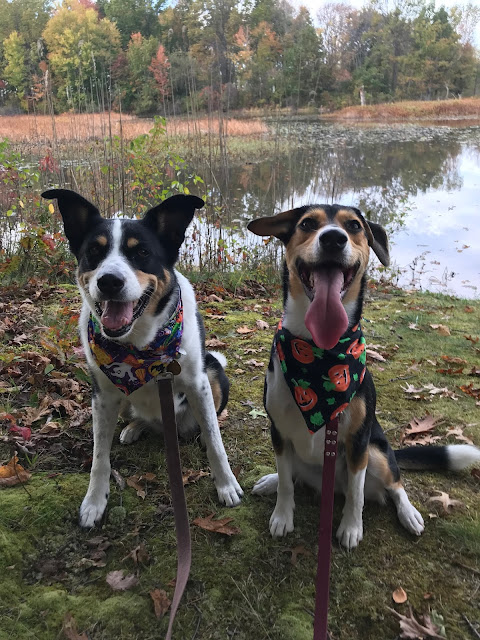 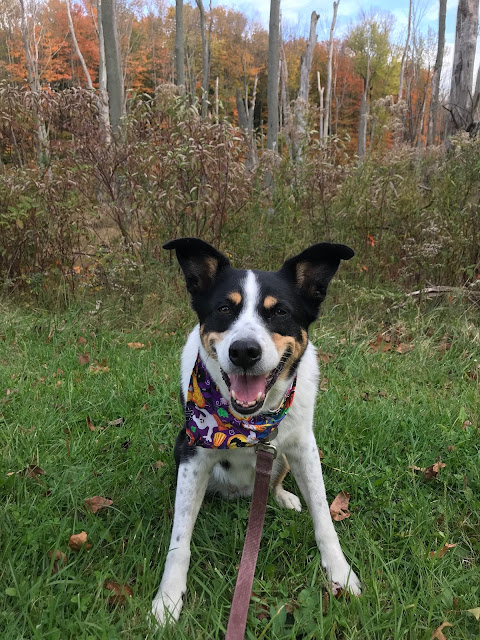 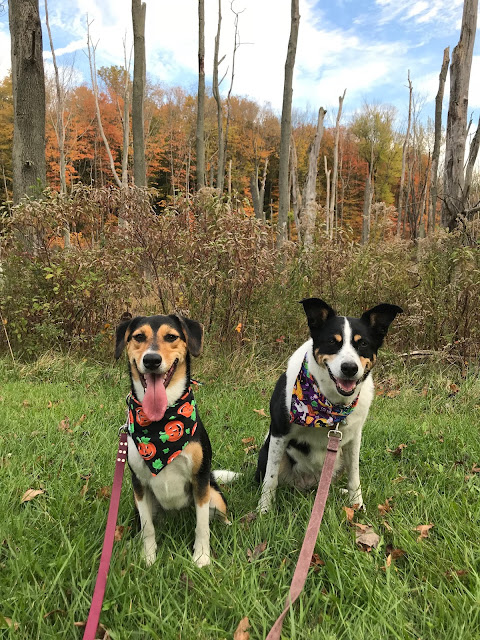 After a couple fall adventures last weekend, we started this week in much better spirits. Barley's nose has healed and she doesn't seem to have any lasting psychological issues from the incident with the dog. Soth's mass is a mineral mass and he's scheduled for surgery next week, so the girls and I will probably be adventuring again soon since the more we're moving, the less I'm thinking about that!
Posted by Beth at 8:54 AM