Earlier this month, I took Barley to her first ever agility trial and she surprised me by being focused and sticking with me the whole time. She didn't pay any attention to the other people or the other dogs. So, when we went to our second trial the next week, I was feeling pretty confident.

Barley's been running Excellent/Master level courses in class for years, so I knew she could handle a Novice course, especially since her first time was so smooth.

Barley was excited to be back at the trial site, so I was pretty sure that she'd be even faster on the course than she was the week before.

Things worked out perfectly for us, and once again we were the last dog of both classes, so I didn't have to worry about anyone coming onto the course before I'd gotten ahold of her collar. We walked up to the start line for our Standard course and even though Barley has a start-line stay, I always start with her because that makes her go faster.

We started out well. She took the first three obstacles and then she went wild. She ran past the teeter and I could tell that she was about to lose her mind. Just because she's 9 doesn't mean that she doesn't still get the zoomies sometimes. I had to break out her middle name to get her attention! Thankfully, she didn't take any other obstacles during that moment, I got her back, and she did the teeter.  Then she skipped the weaves--which are pass/fail in Novice, so we didn't get a fault for that. We got back on track for the next three obstacles and we had a nice line of jumps after the table. Then she skipped the first jump, but came back to me right before taking another jump and we just got a second refusal. Luckily, in Novice, you can have two refusals and still qualify, so we got our second leg towards our Novice Standard title.


The Jumpers course was up next and it was a beautiful little course with a couple spots that would be perfect for a blind cross, which is Barley's favorite cue, and I was sure that she had gotten the crazy out on the first course. This one was better, but she was still a little crazy. She needed a little more support than I thought to get the jump before the weaves and I didn't get the blind I needed and I was not on the side of the weaves I wanted to be on, so when she ran past the weaves, it actually gave me a chance to reset myself! I was holding my breath, though, because she came thisclose to taking an off-course jump and turned at the last second. In Novice Jumpers, you can have two refusals, but you can't have any wrong courses, so we got lucky! We got our second Q of the day and our second leg towards are Novice Jumpers title.

I did not expect Barley to be a little crazy on the courses. She hadn't done that in years, and I'd expected it for her first trial, but when it didn't happen, I was sure the Novice courses would be a breeze! With Rye, I've gotten used to expecting the unexpected, but Barley is my steady, predictable dog! 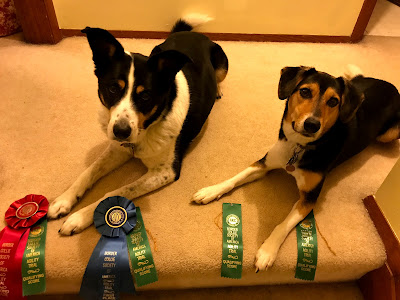 Barley had a similar moment of something unexpected happening this week. On Friday, I put Rye in her crate and Barley was so excited when she realized that she was coming with me. She thought for sure that she was getting an adventure.

Until we pulled into the vet's parking lot.

It was time for her annual checkup and vaccinations. Barley has been poked and prodded at pretty much every visit (this is what happens when you get Lyme Disease and poison yourself multiple times and need to have regular bloodwork to make sure everything's working normally), so she does not love the vet. She's my best girl, though, and the entire office gushed about how well behaved she is and said she was the easiest patient they have to examine (note: they have never said this about Rye).

Unfortunately, Barley has another fractured pre-molar that has to be removed, so this was another visit that involved bloodwork so we can make sure everything's ok before she has that surgery on the 5th.

Even though Barley was cooperative, I knew that was not the adventure she thought she was getting when we left the house without Rye. Our old neighborhood was decorated for Winterfest, though, so we stopped for a walk on our old path on the way home so that Barley could still have a bit of an adventure. 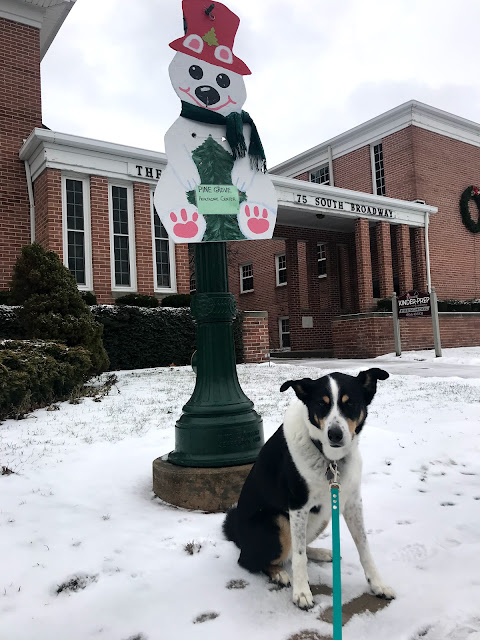 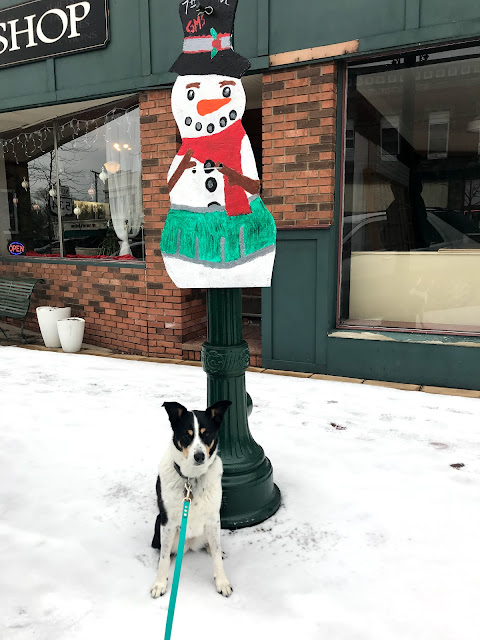 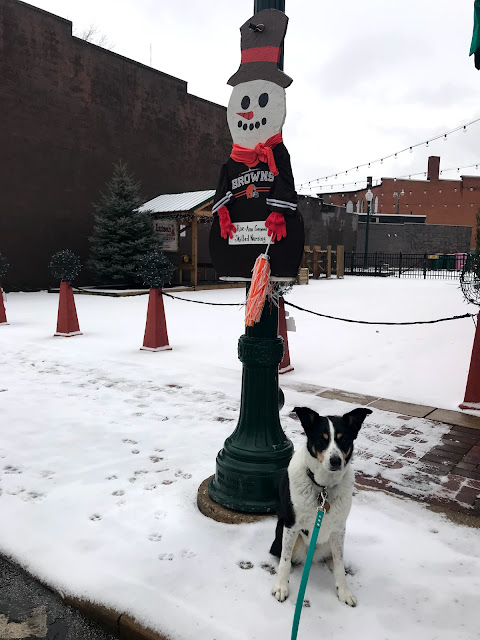 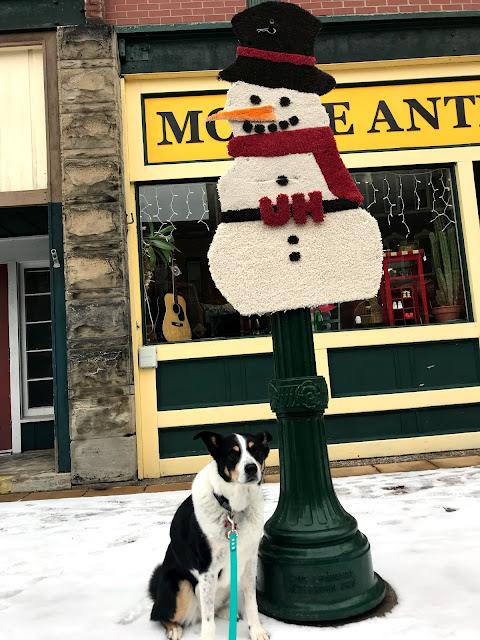 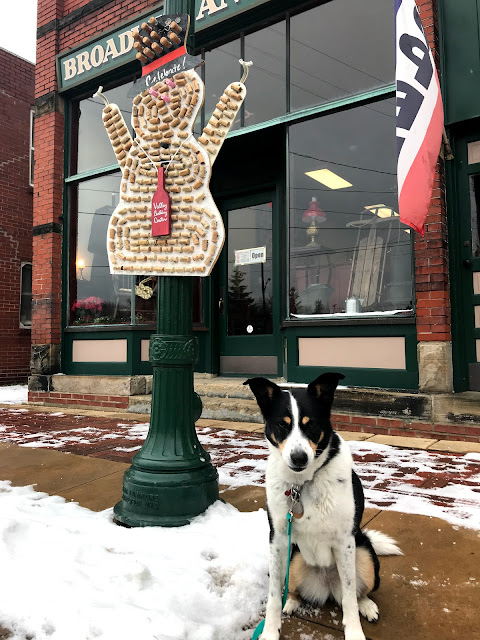 The Winterfest snowmen are one of the things I miss most about our old neighborhood. Our new neighborhood is pretty perfect--and there are some pretty great Christmas decorations in December--but our old neighborhood celebrated everything and I miss that. Barley was so excited to be walking on our old route, so I think I made up for the brief unexpected moment of visiting the vet.
Posted by Beth at 12:00 AM