Me
I'm Beth. I'm an English professor and live in northeast Ohio, but I was born and raised in Georgia. Thanks to my border collie mix, Barley, I've learned to embrace the snow, except when I have to clean off my car before work.

I love to read and Emily Dickinson references abound throughout this blog. (We don't share the same initials for nothin'.) I'm also into the craft beer scene and love trying new beers. Right now, I'm on a Rye and Black IPA kick--generally, I'm a total hop head, though. I also spend a lot of time rooting for the Pittsburgh Pirates to make up for that time in elementary school that I had to practice the Tomahawk Chop when the Braves played the Pirates in the 1992 NLCS. Since Barley entered my life, I've also learned to love exploring in the parks near our home.

Gilmore Girls is one of my favorite shows, even though it ended years ago. Often times, I feel like I live in a slightly weirder version of Stars Hollow. My town celebrates everything: the grape harvest, Halloween, winter. There are always some sort of decorations in our neighborhood, and I couldn't imagine living any other way.

In May 2009, I adopted Sothlice (pronounced like both + lee + chay) from the Santa Fe Animal Shelter and Humane Society. His name is the final word of The Lord's Prayer in Old English, so loosely it translates to Amen, but it actually means truly. My friends and I had to memorize The Lord's Prayer in Old English as part of our grad school requirements and Sothlice was the one word we could consistently remember. When my friends moved to new places and I stayed behind to teach in New Mexico for a year, I convinced my landlord to let me have a cat. Sothlice seemed like a great name at the time, but it's probably the most impractical pet decision I've ever made since no one knows how to say his name. My sister calls him Bunny. My brother calls him Piglet.

Soth is the first cat I've ever owned. While I'm still not a cat person, I've come to peace with the fact that I'm 100% crazy about my cat. I fell in love with him at first sight. You can read about his adoption story here and here. Soth suffers from Feline Lower Urinary Tract Disorder (FLUTD), which has resulted in us spending a lot of time getting to know our vet and testing out just about every stain and odor remover on the market. Soth's classic modeling pose is his little old man face, but hand him a hair tie or his chile pepper toy and he is anything but a little old man. Soth is a pop culture connoisseur. He loves to watch The Fantastic Mr. Fox and was entranced by the "What Does the Fox Say?" music video. When he's fussy, he usually calms down if I sing the Avett Brother's version of "I Love" or the lullaby "I See the Moon."

In January 2011, I decided I couldn't go any longer without a dog. I'd had them my whole life, but since I'd been out on my own, I hadn't lived in a dog-friendly apartment until I moved to Ohio. Barley was absolutely not the dog I was planning on getting, which you can read about here. Barley is a border collie mix--there's been a lot of debate over what else is in there; my dad says she's a Wuzzle. In addition to being a high energy, working breed, Barley is also a reactive dog. She turned my life upside down, but in the best possible way. Thanks to her, I've embraced winter and the outdoors in general. We have gone on many adventures together, hiking in four different states so far and visiting over 18 different parks in our own state. We've also earned our Canine Good Citizen certificate and have enjoyed agility and noseworks classes together.

Barley was originally named Maria at the shelter--that name just didn't suit her at all. I tried out several names the first few hours we were together and finally settled on Barley after going through a list of potential craft beer-related names. She's got the heart of Flying Dog Brewery's Ragin' Bitch beer and the looks of their Garde Dog beer, so it works perfectly. 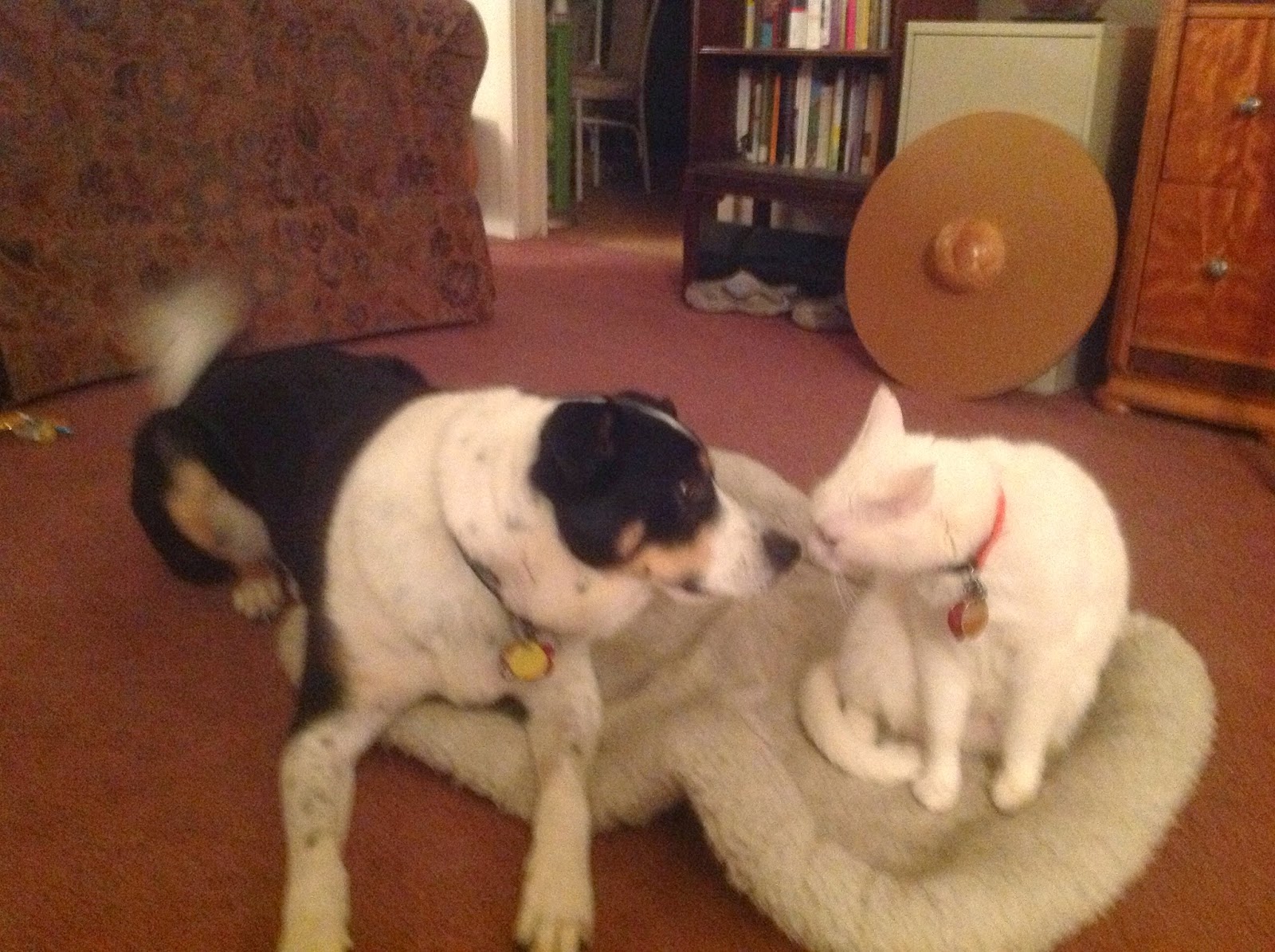